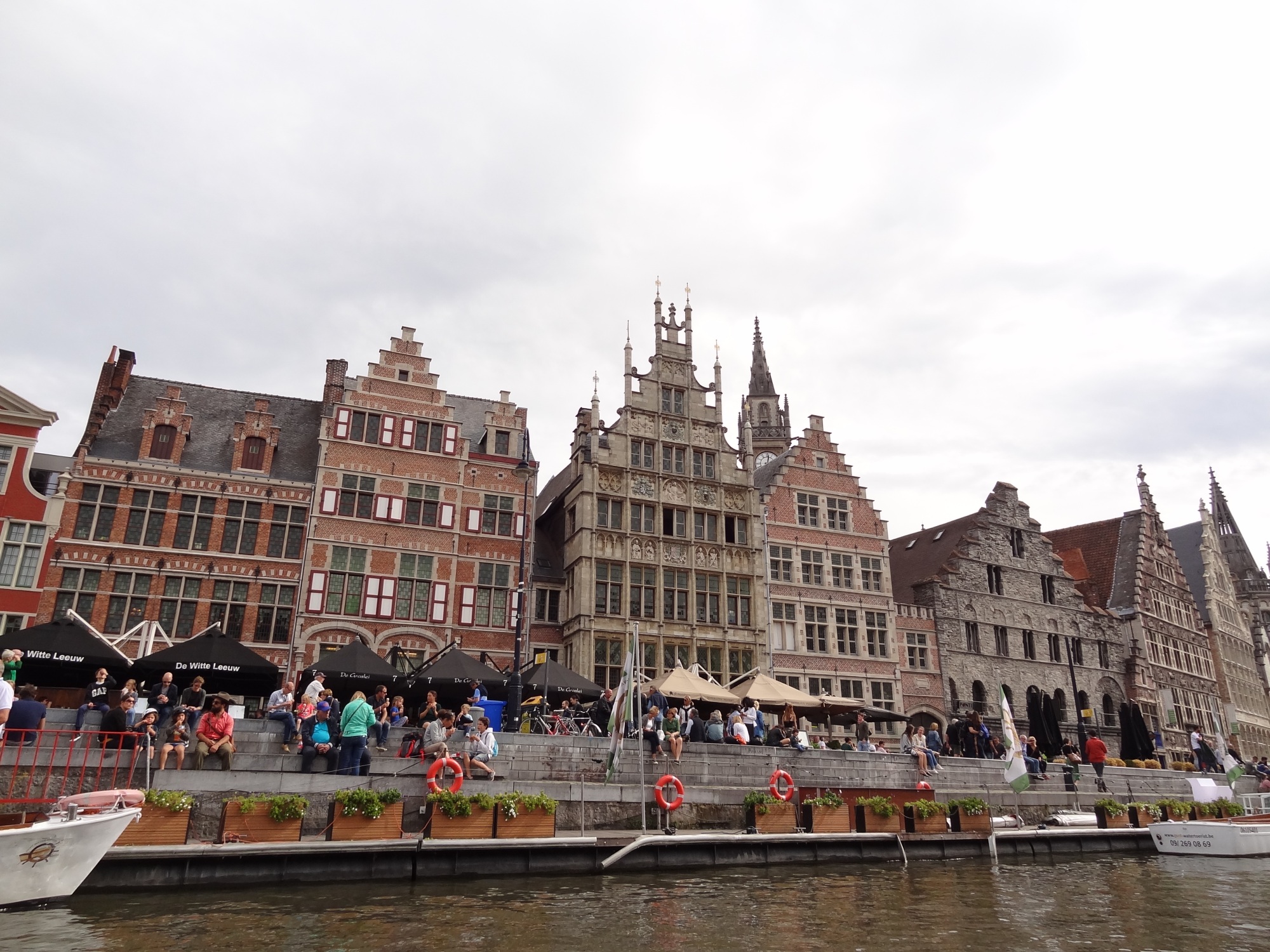 Her annoyance is starting to bleed through the tiny crack in her smiling facade. She has a pretty smile and she tilts her head as her companion requests, but the glimmer is gone from her eyes. He has been chasing his perfect picture. He clicks, pulls the camera from his face to check the digital screen, returns it to his eye and clicks again. Putting the camera to his face old school style, I observe to myself. I always take that to mean the person is serious about his photography in a way the rest of us don’t seem to bother; clicking away on our cellphones, trusting our screens to give us good enough.

I am behind them in this sightseer’s line. Do we even know why we need this picture of this tree that sits at the bend of the canal? What is so remarkable about this one spot that makes us all line up like children awaiting our turn on a ferris wheel? And yet I’ve joined the others. Patiently waiting until the young couple have finished their tourists’ photoshoot and move on.

It is a pretty sight, mind you. The tree is impressive. I’ve also been here in the winter and even then, bare of its leaves and dormant for the season, it holds its majesty. As the branches sway gently with the wind, it projects serenity amongst the hustle and bustle. Today it is mostly tourists, several hundred years ago it was mostly merchants. Photos from this spot are likely a prized addition to the photo albums of countless travelers over the decades.

I’ve always found it funny, the way tourists line up to take pictures from that one spot. It is as if we are programmed to follow the herd – waiting patiently in a line of strangers from all over the world to stand in the prescribed place that another before me and one before he has designated as the place to get the picture from. You have officially visited that place, I suppose, if you can post on social media that one shot that everyone gets. It is the same all over the world. There are the few who choose the same subject, but with a slightly different slant. Driven by a different vision or perhaps too impatient to wait in the ordered line for “the shot” opting instead to take the photo slightly to the right.

Bruges’ old town has been restored to its medieval charm. Long called the Venice of the North, the buildings are 13th and 14th century beauties. The canals, once the main means of transport, are now left to the tourists to explore. Popularized by the Colin Farrell movie, the streets are filled with folks pointing to different places and quoting the bit of the movie that took place there.

Installed during the 2018 triennial, artists created a 4-story high breaching whale from over five tons of plastics that washed up on a Hawaiian beach. The juxtaposition of the discarded plastics against the backdrop of centuries old brick buildings highlights how permanent even the impermanent can be. I mishear our guide and think at first that it was all retrieved from the canal. Did he say Hawaii?

Having asked us as we climbed onto the boat where each of us was from, he tells us the tales of his home town nimbly weaving in and out of English, French, and Flemish while fielding questions in all three. I follow along with the English of course and much of the French. He repeats his stories in each so we all get a sense of the history we are seeing. As people chuckle at different points in his narration, it strikes me that some things are funnier in one language than another. I live in a part of the world filled with polyglots and yet it never ceases to amaze me when I see someone conversing in multiple languages at the same time.

The hour drive to the other nearby canal town is quite beautiful. A country road through farmland, mostly, which makes for a pleasant drive. I like Ghent better, I’ve decided. Maybe because it is a bit grittier or perhaps because it attracts fewer people. The city hasn’t gone through the same level of restoration as Bruges has. Once considered the Manchester of the Continent, its manufacturing roots are apparent in the centuries old factories lining the canals. Some have been quaintly transformed into restaurants and hotels. Others remain in their grime. A slightly less polished city, the archaic soot of centuries of manufacturing adorn the outside of the buildings, in want of a power wash.

In the middle of it all, where two canals meet, is the fabulous Gravensteen castle. Our attention diverted, we climb the remains of the castle walls to catch a glimpse of the view the height affords and roam the inner halls of a place that in its 900 year history has been the seat of court, a prison, and even a cotton factory.

3 thoughts on “Venice of the North, Manchester of the Continent”