An old monk traveling the silk road in the fourth century stopped in the desert outside the outpost town of Dunhuang where he had a vision of a thousand Buddhas. He chiseled himself a cave in the side of the mountain in which to meditate. As word of his vision spread, others followed him and created meditation caves of their own, establishing a sacred site for Buddhism that would become Mogao Caves. A pivotal stop along the silk road, Dunhuang was an oasis between two deserts. The community was a mix of traders, merchants, and travelers. The Mogao Caves became a pilgrimage site for Buddhist.

Although Buddhism swelled in the area, over the course of the next thousand years the practice of building caves became largely a secular one – the last one being created in the 14th century. It became the pride of the community and everyone was involved in their creation – from monks to merchants to the military. People carved caves and adorned them with elaborate murals in honor of the Buddha, or a deceased family member, or merely as an expression of their wealth. The image of a thousand Buddhas wallpapers many of the caves and provides a backdrop for the scenes depicted in the murals. 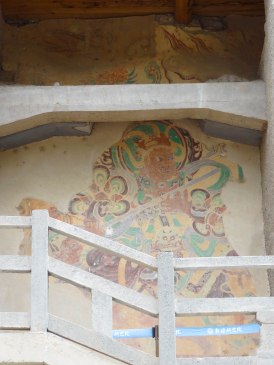 Beyond their beauty, the Mogao Caves serve as one of the most complete records of early civilization in this region; the murals offer a detailed account of the life and times of the community. One can see scenes on an estate, the happenings of life on a farm, and the social norms of the upper class. Elaborate portraits illustrate the fashions of the time and their placement and size differentials hint at the hierarchies of a household with multiple wives.

Spared the destruction of the cultural revolution that many ancient sites suffered, these caves are largely in tact and the community of Dunhuang are their fastidious custodians. The river that once flowed alongside these caves has been rerouted in an effort to create an arid climate. Only a small number of caves are open at any given time; the vast majority of them sealed for years and opened on a rotating basis in an effort to preserve them from the elements. Small groups are guided to a select handful of caves where no pictures can be taken and our visit is brief, locking the door behind us.

One of the caves I visit has a stunning sculpture of the Buddha that stands as tall as the large cave. The walls are adorned with a repeating pattern of the Buddha. The faces are scratched out, which I at first mistake for sheer vandalism but later learn was someone’s attempt to steal the gold plated paint used to create them. In another cave there are signs of a fire and I learn that Russian soldiers lived within the caves for some time escaping the Russian revolution. The colors on the murals have shifted with time, as does all old art, I suppose. And yet, they are still remarkable in their detail.

His father having been poisoned with mercury, Qin Shi Huang ascended to the throne of the State of Qin at the age of 13 in 246 BCE. It was then that preparations began for his mausoleum just outside the city of Xi’an. 25 years later, he went on to conquer all the other states thus becoming the first Emperor of China. His mausoleum, which took decades to complete, includes a replica of his 3,000+ room palace and an army of over 8,000 soldiers to protect him in his afterlife. These are known today as the terracotta warriors. Molds were used to create the life size soldiers, cavalry, weapons, and chariots; each face was hand painted making each soldier unique.

Afraid one of the defeated kings or their descendants would one day come to reclaim their title and glory, the location and very existence of this massive field of soldiers was kept secret; it is rumored that everyone who worked on the army was killed to preserve the covert project. It is estimated that over 700,000 people worked on the mausoleum over the decades of its creation.  The terracotta army followed the conventions of their parallel, animate army – with the infantry housed separately from the officers, each wearing the dress traditionally afforded to their rank, all the way down to the number of knots in their hair and how pointy their shoes. 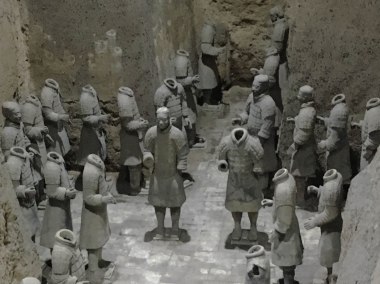 Discovered in 1974 by a farmer who was collecting water from a well, the excavation project is massive. Sections are uncovered a small area at a time. The soldiers – perhaps decayed with time, perhaps destroyed by a warring faction – are brought to a secondary location to be reassembled and will ultimately be brought back to their rightful spot in the large formation of the protective army. The concern here is to keep them cool. With thousands of visitors every day, the impact of the mere breathing of these visitors is consequential. 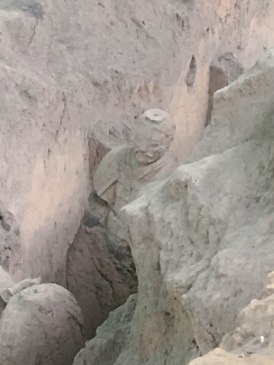 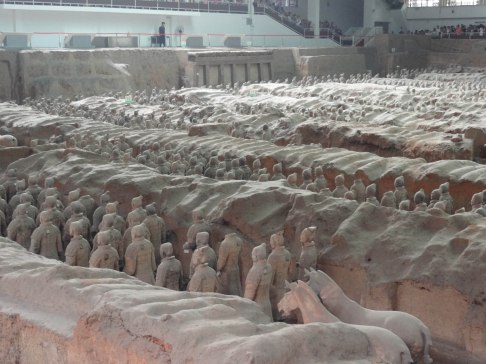 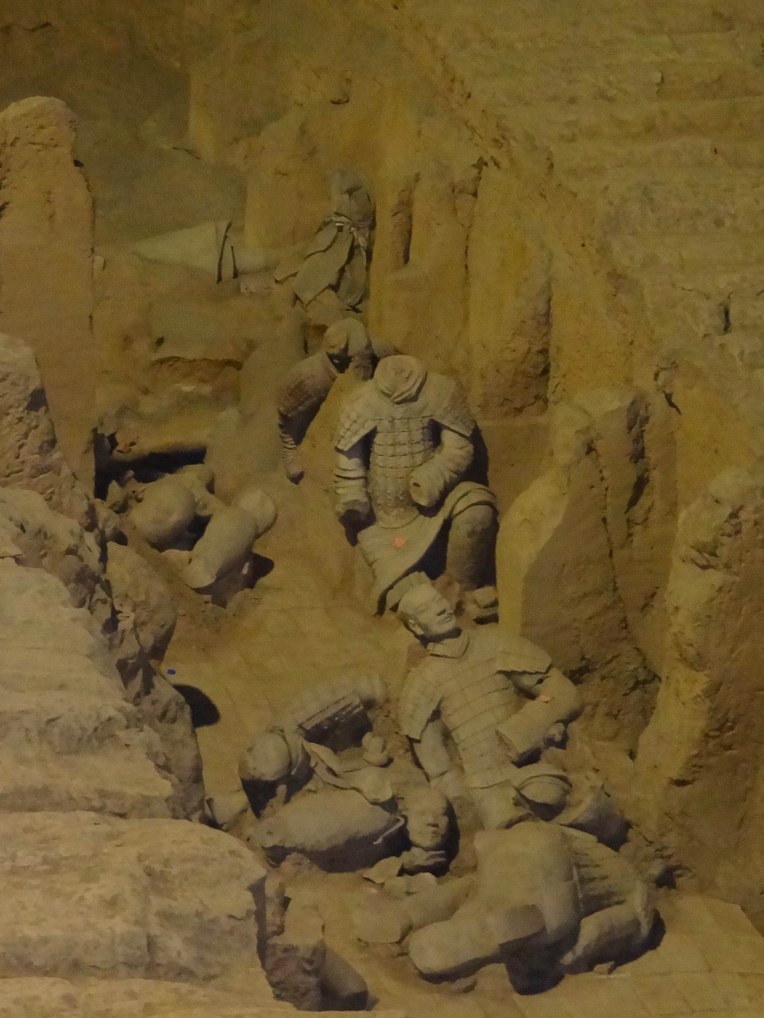 The emperor’s tomb will not be excavated. The toxic level of mercury detected hampers any inclination to uncover the site. I can’t help but marvel at the poetry of the ruler who ascends the throne when his father is poisoned by mercury and then is protected by toxic mercury levels in his afterlife.

7 thoughts on “A Tale of Two Relics”