On the one year anniversary of my arrival, I’d like to share with you a few of the things I love about you.

The food is, of course, the first thing I’ll mention. My love affair with xiaolongbao (soup dumplings) began in 2008 when my friend Sarah and I scoured the city for what we had heard were the best in Shanghai – Yang’s. And while I still love Yang’s, there are so many wonderful places to get soup dumplings and so many other foods to indulge in; Shanghai is a dream come true for Team Food. You can not only get delicious food from any province in China, there are top notch restaurants of every cuisine from across the globe.

Living here I have come to find out I love dan dan mian, a Sichuan noodle dish with a spicy, peanut-sesame sauce. The noodles are hand pulled – a feat that is only possible after years of practice.

That’s what I was told, anyway, at a cooking class I took. I attempted for what felt like hours to make my own hand pulled noodles. In the end, the chef helped me hobble along to a bowl that were hap-hazard looking at best but just as delicious as the real thing. I can see why people say they take years to master.

My neighborhood (within the former British and American concessions) is named after a large temple in the midst of the city landscape – Jing’an. The temple was first built in 247 AD and has seen a long history including its conversion to a plastics factory during the Cultural Revolution. One of the most significant Buddhist centers in China, it houses a 15 ton sterling silver Buddha. While the hustle and bustle of modern day continues around it, within the walls of the temple there is peace and oft heard soft chanting of the monks who reside there. Not only do I love the mere presence of this temple, but also the silent homage the neighboring golden colored skyscrapers make to it. 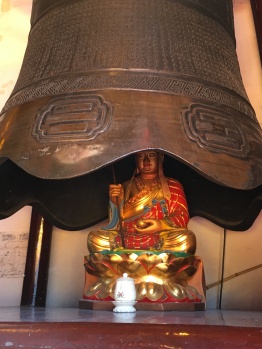 Friend and lover alike hold hands in this city. This is something I have seen in other cities across Asia, and something that is uncommon in the States. As kids we hold hands with reckless abandon – parents, teachers, friends, family – and as we grow older our hand holding becomes limited to our romantic partners and eventually our children if we choose to have them. In Shanghai you can spot friends of all ages holding hands or linking arms; definitely one of my favorite things in this city. 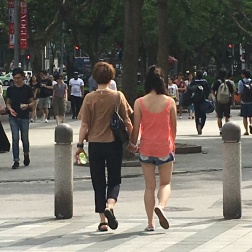 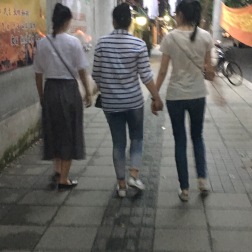 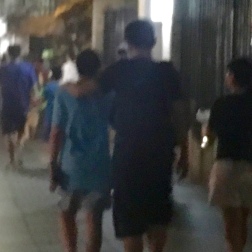 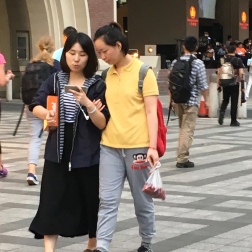 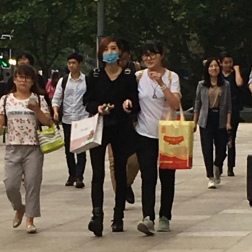 The sidewalks of Shanghai are swept using handmade brooms created from the trimmed leaves of the bamboo that adorn the streets. Periodically you can spot the elderly sifting through stacks of branches and turning them into brooms. 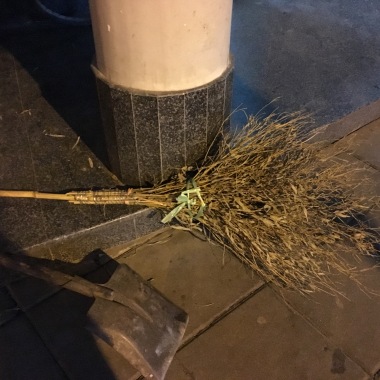 In People’s Square every weekend is the Marriage Market: a place where parents come together to advertise their single children they hope to marry off. Most descriptions lack photos but include important stats like for women their weight and for men their salary and home ownership status. Negotiations are made in earnest. While at first blush I was horrified at the idea (the thought of my mom and dad doing this for me, their single daughter!) but the market has grown on me. It is a uniquely Chinese expression of the importance of and love for family. 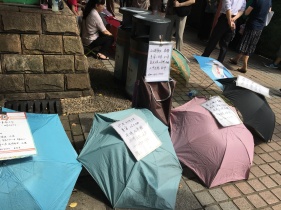 My favorite place to buy flowers is from the man who parks his bike full of flowers near the consulate. You can buy nearly anything off of a well stocked bike on the streets of Shanghai – roasted nuts, hot food, dishes and other ceramics, clothing, hair accessories, and even pets.

There are many cool statues and sculptures all over the streets of Shanghai. 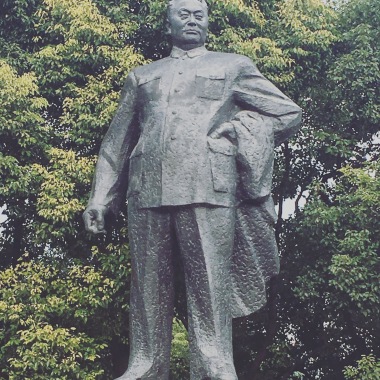 I thought living in a city of approx 25 million people would be overwhelming. At times crossing the street looks like this: 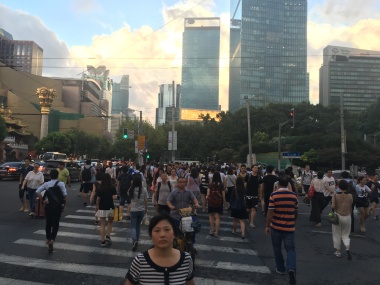 And there are skyscrapers just about everywhere you look.

But it doesn’t feel so big on a day-to-day basis. There is more to this city than I’ll ever be able to explore in the short time that I am here. That means more stuff to look forward to in the year to come. Shanghai is a charming city full of life. I look forward to continuing to find new things to love.

8 thoughts on “A Love Letter to Shanghai”