Preparations for Spring Festival begin well in advance of the February holiday. As early as the last week of December, subtle signs began to grace the streets of Shanghai.

meats curing in a wet market 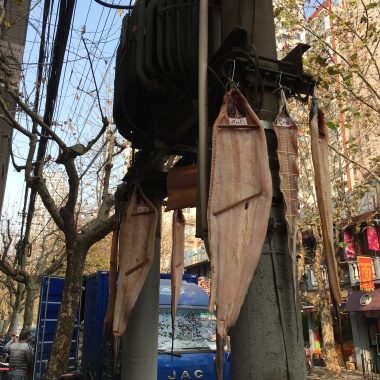 fish hanging on the street in the Former French Concession

The Spring Festival, better known in the West as Chinese New Year (CNY) or Lunar New Year, is a holiday focused on family and food. Much of the city is closed for the week, for many the month, as people crowd onto trains and make the trek back to their hometowns. Each year it is a record breaking migration, the largest in the world, with an estimated 2.9 billion people traveling home this year to spend time with their families.

CNY’s lucky color is red and it pops up all over Shanghai; the characters for fortune, heath, and prosperity don nearly every doorway, including mine. Red lanterns hang at the entrances of buildings and monkeys adorn the streets. 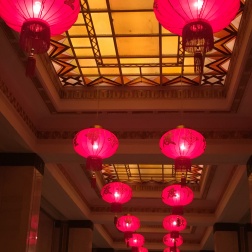 For in the Chinese zodiac, this is the year of the monkey. The fire monkey, to be exact – the combination of the ninth animal in the zodiac and the first element. Those who are born in a monkey year can bring greater luck and fortune by wearing red through out the year.

Traditionally hongbao (gifts of red envelopes filled with cash) are given to the young and elderly and people feast on dumplings. The Lantern Festival marks the end of the New Years celebrations two weeks after the festivities began. The Lantern Festival I attended included beautiful, traditional music, acrobats, and dragon dancers (a favorite of mine from childhood when they both thrilled and scared me). 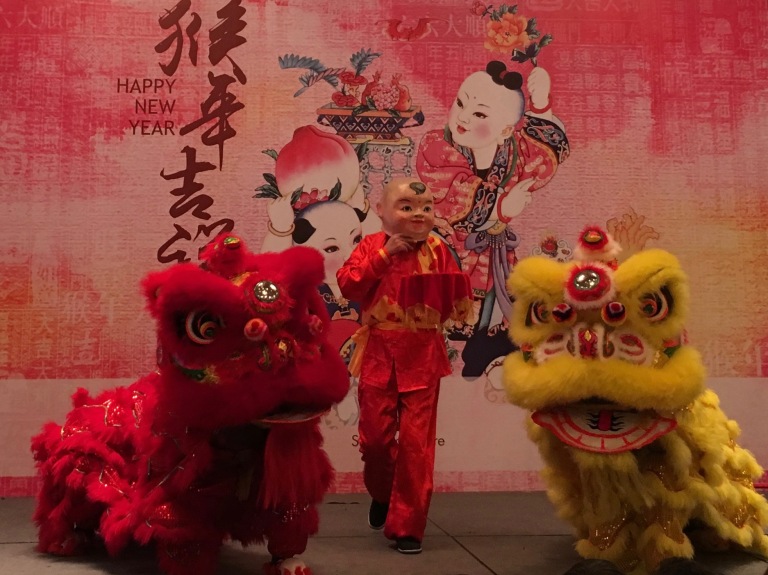