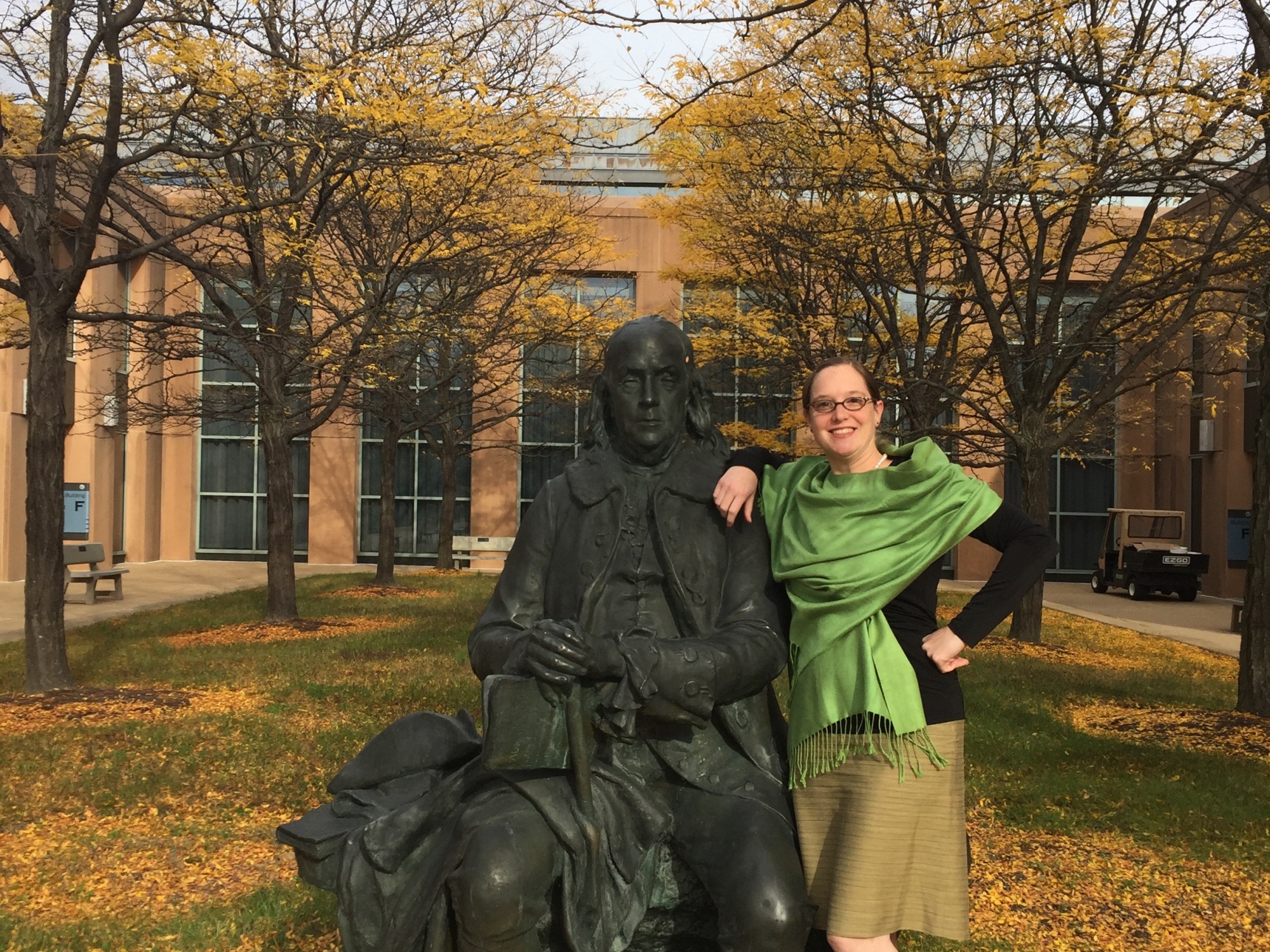 It is easy to confuse excitement and fear. They feel quite similar and are often felt simultaneously, heightening the experience of both. It is hard to say which emotion prevailed at the news of my new job. In the weeks leading up to my departure from San Francisco I assumed it was the latter but I suspect the former was just as prevalent.

After all, what an exciting time! Only the second time I had left home and not knowing this time where I was ultimately headed. First stop was DC for training and beyond that was completely unknown. Accepting this job was agreeing to not only leaving my beloved city, but going wherever the Department wanted to send me.

Just as with the other time I left home (for college), I didn’t really know what I was getting into. Sure, I had a rough idea: working for the U.S. Department of State – living abroad, doing office work. But what did that really look like? What would it feel like? How would I adjust to not being geographically near my dear, dear family and friends who often sustained my well-being just by their mere presence? How could I leave a job and colleagues I love?

As the date of my departure drew near, the reality of leaving hit me at the most unexpected of times: when I quit my gym, my final pre-departure purchase of Trader Joe’s Movie Theater Popcorn, my final run through Golden Gate Park to the beach. Of course I would have that popcorn again. Of course I would join another gym. And I would be back to run my favorite route many times. Any yet, these moments stood out to me, as if marking the end of the San Francisco life I had worked so hard to build. For the next time I run that path I will be a visitor; my home in some far flung place in the world.

Upon arrival in DC, I began meeting my new colleagues and weeks of tearful goodbyes gave way to enthusiastic hellos. For although we didn’t know each other, we were embarking on this great adventure together and were therefore family.

As is the case for most new jobs, there was a steep learning curve. Everything was done so differently from what I was used to. I didn’t know any of the acronyms! And the familiar mix of excitement and fear continued to keep me on my toes, both excited for the new adventure and fearful that I didn’t know what I was doing.

During training, we had discussions of the State Department’s history and mission: Shape and sustain a peaceful, prosperous, just and democratic world, and foster conditions for stability and progress for the benefit of the American people and people everywhere. In being reminded of what we had come to do, and the giants on whose shoulders we were standing, I breathed a sigh of relief. Yes. This is what I signed up for. I was in the right place.

Flag Day, a tradition in the Foreign Service where newly minted diplomats receive a flag of their new host country thus announcing their first assignment, was teeming with anticipation. My classmates and I were given a short list of possible posts prior to this day but in the moments before our names were called the prospect of moving just about anywhere in the world energized the room. It was here that I learned I would be moving to Shanghai, China!

Quick on the heels of Flag Day was my swearing in, taking the oath that civil servants have taken since the origins of our country. I learned that day that back when our forefathers were laying the foundations of our government, oaths were a popular thing. The fashion of the day was to swear one to your king. It was a revolutionary thing to swear an oath to the people of one’s country and to promise to defend the constitution. It was a great honor to make such a pledge and I hope to live up to it. 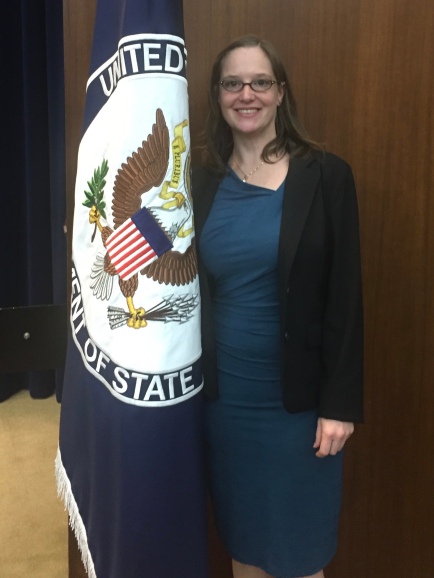 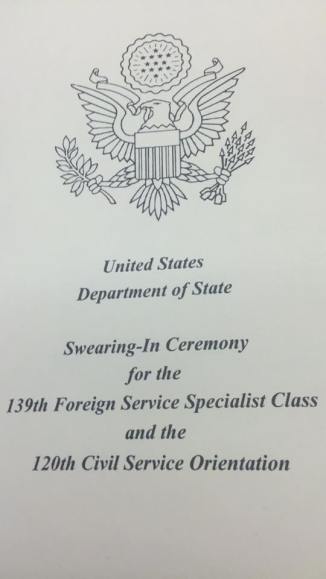